From the woods of Michigan comes a very authentic country cowgirl sound!  Meet Rachel Brooke, a dynamic old school gal with a modern flair all her own.  Parade Magazine debuted the first track and video from her 10/23 release The Loneliness In Me,  saying that the tune ‘Great Mistake’ “showcases her unique voice, sound and storytelling ability.”

Rachel Brooke returns on The Loneliness In Me, her newest solo album with a sound reminiscent of Nashville’s golden era with a decidedly twenty-first century sensibility. The twelve songs are meditations on the wild strangeness of loss: losing love and the familiar, as well as old selves, direction, and dreams. The collection has the beauty and charm of a shape-shifter: part classic country songwriting, anchored in the tradition of Johnny Cash and Willie Nelson, part post-millennium mysticism, echoing forth from the Northern Michigan woods about the why and wherefores of where she’s been.

Brooke’s voice lands somewhere between Loretta Lynn and Tammy Wynette, with an authenticity and directness that catches the ear like the truth of an unexpected confession or hard-won revelation. It has the quixotic sound of what happens when we stop casting our shadows and they start casting us. It’s the deep combination of country bluegrass meeting gothic blues sung through a sage’s smile that Brooke has been perfecting since her first self-titled release in 2008.

Since her last solo effort, A Killer’s Dream (2012), Brooke weathered the watershed of losing her father, from whom she learned her love of music, and worked on collaborative projects with Modern Mal (The Misanthrope Family Album, 2017) and Lonesome Wyatt (Bad Omen, 2015). Brooke also filled her time with what we all know as “living life” – that unyielding task of meeting needs both at home and in work. In this place, Brooke found a quarry of inspiration. From the rollicking title track, “The Loneliness in Me,” to the toe- tapping “Great Mistake,” to the shuffle and bluegrass feel of “It Won’t Be Long” and “Lovells Stockade Blues,” Brooke’s unique voice and musical talent flow through the dual lenses of classic country rhythms and modern lyrical phrasing. Full of High Lonesome, yet never sentimental or nostalgic, these are songs forged on a psychic anvil that has not yet wrought a new self, while the hammerer has long since gone spectral, still heard singing, not far off.

This isn’t to say that The Loneliness in Me is just quarantine with dire wolves. There’s plenty of sly-eyed humor and wry phrasing that is second nature to Brooke, given her experience as a girl playing bluegrass with her father. As with previous releases, Brooke’s accompaniment includes a trove of talented musicians, many of whom she feels lucky to count amongst her kith and kin. A stellar new addition is Detroit’s legendary Dave Feeny on pedal steel, giving this album a direct lineage to Loretta Lynn’s Van Lear Rose, on which he also performs his magic on pedal steel.

Recorded in Traverse City, Michigan with a hell of a lot of Detroit in its heart, the album is savvy to the contradiction of the blues: singing about where you’ve been doesn’t mean that you’ve been gone. The songs were written by Brooke with her fellow musician and husband, Brooks Robbins, and mastered at Detroit’s recently launched Third Man Mastering. Though geographically speaking that’s quite a few clicks north of Nashville, it matters not. For just like the time in which it drops – our COVID-verse of strange longing for what wasn’t ever expected to be lost – The Loneliness in Me knows that, when proximity isn’t possible, the only thing to do is to reach out with what one’s voice affords: sound and emotion. If anything speaks to our pandemic blues, this record is it. 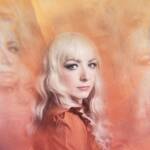 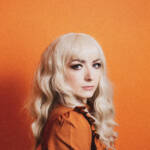 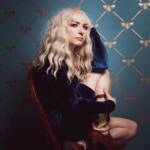 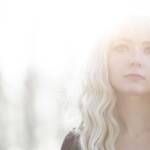 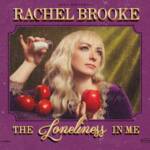